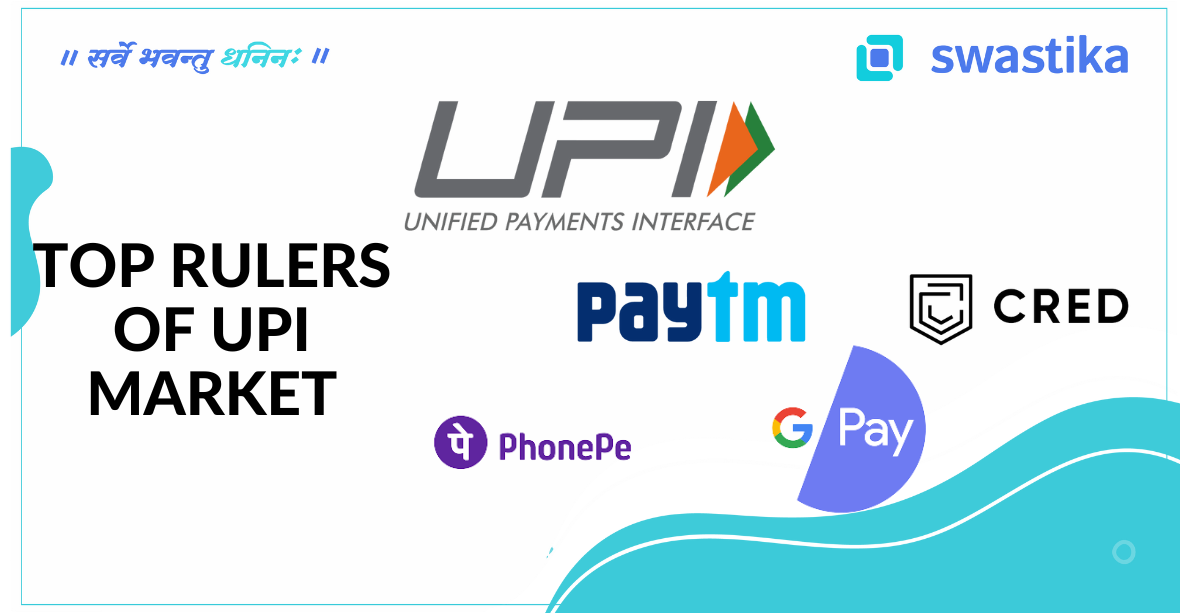 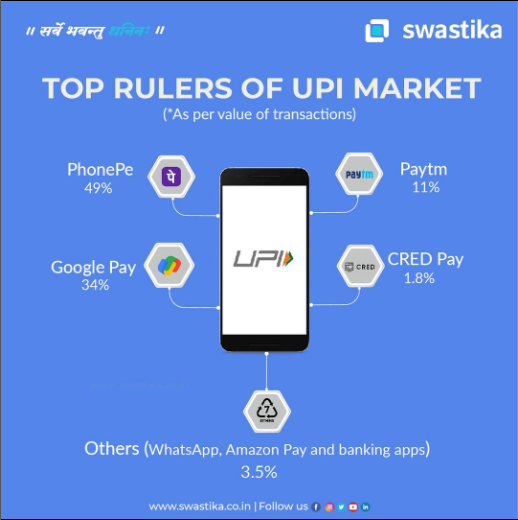 India’s digital economy has changed thanks to Unified Payments Interface, which has also sped up the country’s move toward a cashless society. In comparison to other payment systems throughout the world, India’s UPI system is noticeably more advanced.

PhonePe is an Indian financial technology and digital payments company with its headquarters in Bengaluru, Karnataka, India.  Sameer Nigam, Rahul Chari, and Burzin Engineer cofounded PhonePe In December 2015.  The PhonePe app, which is based on the Unified Payments Interface (UPI), went online in August 2016. Flipkart is the owner of PhonePe.

Google Pay is a mobile payment service that allows customers to use their Android watches, tablets, or phones to make payments for goods and services in-app, online, and in-person.

Based in Noida, Paytm is an Indian provider of financial services and digital payments. Vijay Shekhar Sharma launched it in 2010 under One97 Communications.

The transaction values at Paytm Payments Bank, the third-largest UPI provider, increased by 34% month over month to Rs 80,508 crore with an 11% market share.

CRED is a Bangalore-based fintech business in India. It is a credit card payment app that uses rewards that was established in 2018 by Kunal Shah. Additionally, Cred offers short-term credit lines and allows customers to pay their rent on their homes

Cred, a financial start up, tripled its market share to 1.8% in H1FY22 from a mere 0.42% in H1FY21 on the strength of its inclusion on the coveted unicorn list.

Despite a sluggish start, analysts predict that Whatsapp Pay will quickly overtake Walmart’s PhonePe and GPay to win the most market share if it receives regulatory approval to launch fully.

Since its inception in December 2020, Whatsapp Pay has garnered a minuscule amount of market share in India’s escalating UPI competition. Only 0.58 million UPI transactions out of the total 2.7 billion were handled by WhatsApp Pay in March. In reality, Whatsapp’s payment service’s transaction volume dropped to 0.56 million in January, the second month after it launched, from 0.81 million in December. Since then, the volume of transactions has remained constant.

Online payment processing service Amazon Pay is owned by Amazon. Launched in 2007, Amazon Pay focuses on offering consumers the opportunity to use their Amazon accounts to make purchases on websites run by external merchants while utilising the customer base of Amazon.com.

NPCI Take and rules ahead

The country’s UPI operator, NPCI, declared last month that it will impose a cap of 30% on each player’s transaction volume starting in 2021.

According to the rules, the market cap will be determined by the monthly transactions made on the app and will not take into account the total number of users.

Existing players and third-party app providers (TPAPs) who exceed the set cap will have two years starting in January 2021 to gradually comply with the new rules.

Market giants Google Pay and PhonePe have strongly criticized this decision, arguing that it violates UPI’s “free market” principles and might impede the development of the nation’s payment infrastructure.

According to UPI’s announcement in October 2020, there were 2,071.62 million total transactions, of which 1,655 million were completed using either PhonePe or Google Pay. Just four UPI applications handled over 97% of all transactions, while the remaining 17 UPI apps managed less than 3%. 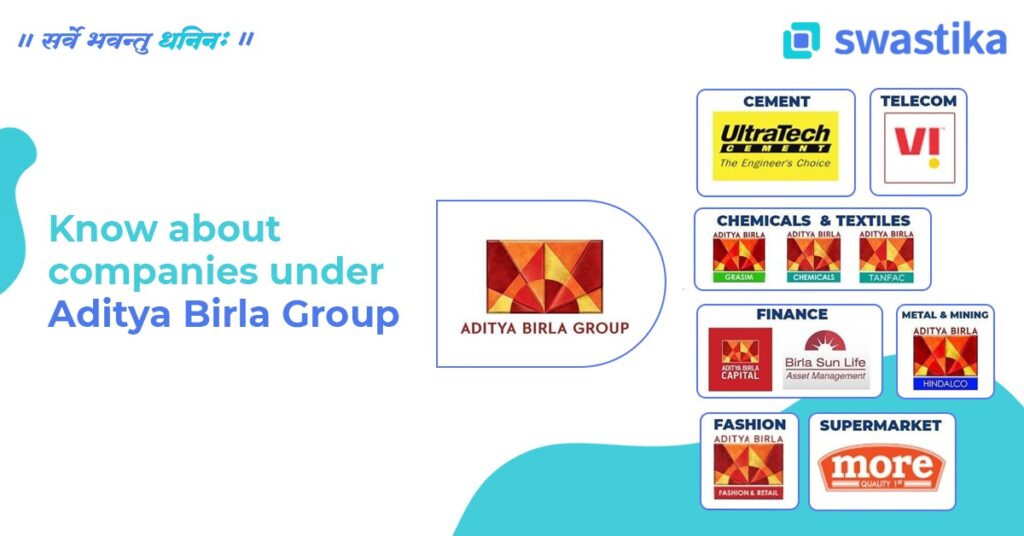 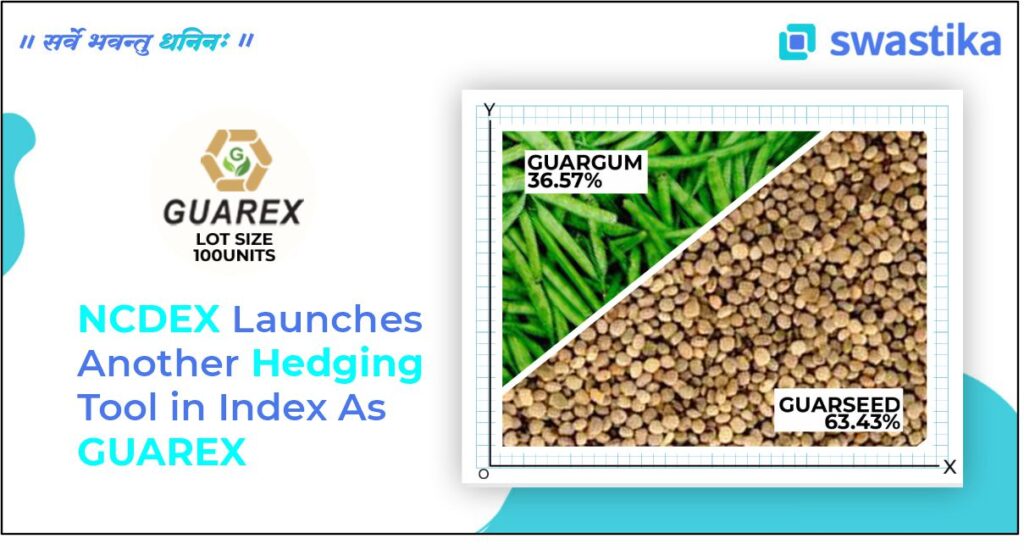 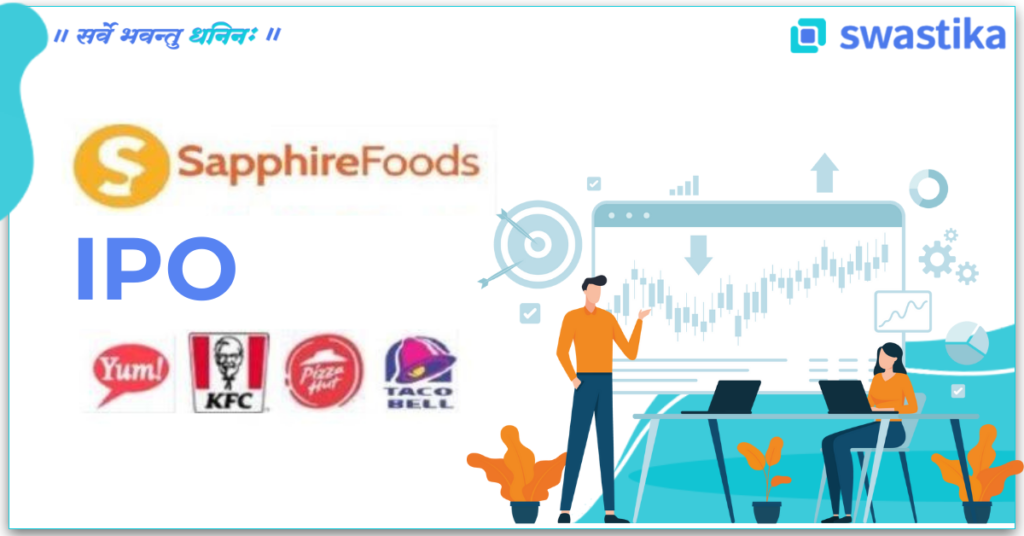